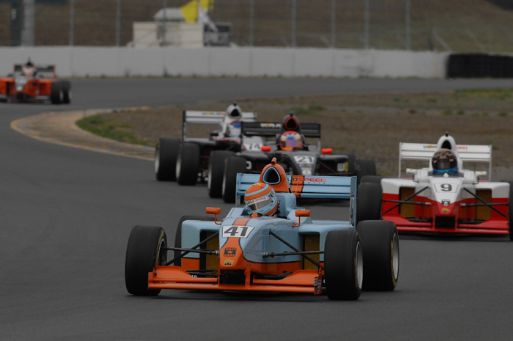 As one of America's most dynamic racing ventures, World Speed Motorsports has operated multi-car programs in the Champ Car Atlantic Championship, Star Mazda Pro Series, Formula Car Challenge, and Formula Renault. In the Atlantic series, the team demonstrated its ability to be a frontrunner on every type of circuit, from the Long Beach Grand Prix to the shores of Montreal. WSM is a proven winner in all three series.World Speed has been using Red Line Oil exclusively since the early 90's. "We have known Red Line Oil for years and we won't use anything else. The products are reliable and perform under the most serious conditions," noted World Speed's President Telo Stewart.World Speed is also the promoter of the west coast region of the Formula Car Challenge presented by Goodyear. FCC is one of four regionalized open wheel racing series with an annual NASA-sanctioned National Championship. Multiple races last season had 35 cars on the grid, making it the largest open-wheel series in North America. The FCC is for serious hobbyists, as well as aspiring career minded drivers. Alumni from the series have graduated to the American LeMans Series, Indy Lights, Daytona Prototype, Ferrari Challenge, IMSA Porsche GT3, and other high profile series. The FCC is also a part of the MAZDASPEED Motorsports Development program, and FCC national champions in every class are given the opportunity to secure a seat as a paid Mazda factory driver.For more information on the series: http://www.FormulaCarChallenge.comFor more information on World Speed Motorsports: http://www.WorldSpeed.com