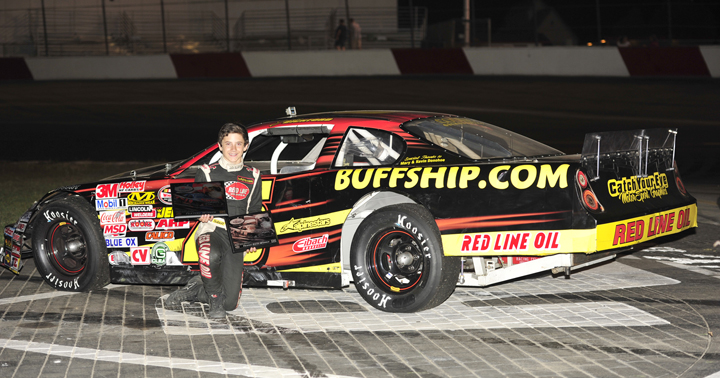 No. 15 Jonathan Hale led the first 11 laps of the race, while Bickford moved up to second by the second lap, and took over the lead on lap 12.  He led the remaining laps to take the checkered flag.

Sponsor Buff Bredehoft, who owns Buffalo's Shipping Post in Napa, was on hand to see his driver win.  Bickford presented Bredehoft with the main event and Trophy Dash trophies.  Bredehoft couldn't have been happier.

This is Bickford's rookie year in a Late Model.  He won his first Late Model race in Roseville on May 11.

Bickford's next race will be on July 13, at All American Speedway in Roseville.