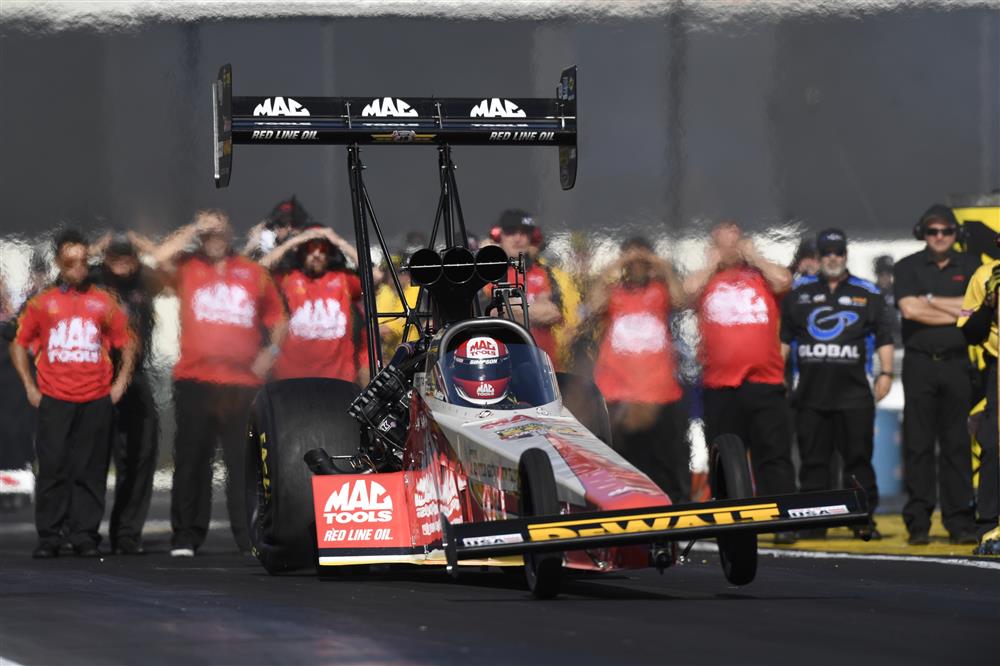 Red Line-equipped driver Doug Kalitta is 1 for 1 on the year after taking first place at the season-opening NHRA Winternationals in Pomona. The Auto Club Raceway was roaring over the weekend as top fuel dragsters went toe-to-toe in a thrilling shootout that was settled by Kalitta Sunday evening.

In round two of eliminations, Kalitta was lined up next to Scott Palmer. The race was his closest of the weekend, but a lightning fast time of 3.760 seconds at 329.18 mph secured him another victory. It also helped that he was able to get the best reaction time of the round.

The third and semi-final round saw Kalitta up against Clay Millican, the new national record holder. Though Kalitta had another eventful drive, dropping a cylinder out of the gate, he put his head down and powered through the trouble for another victory, this time in 3.866 seconds.

In the final, Doug faced off against his perennial rival Tony Schumacher for the 17th time in a finals race, adding to the excitement. Kalitta stayed cool throughout the run, putting down one of his smoothest passes of the weekend for a final time of 3.779 seconds at 324.28 mph. 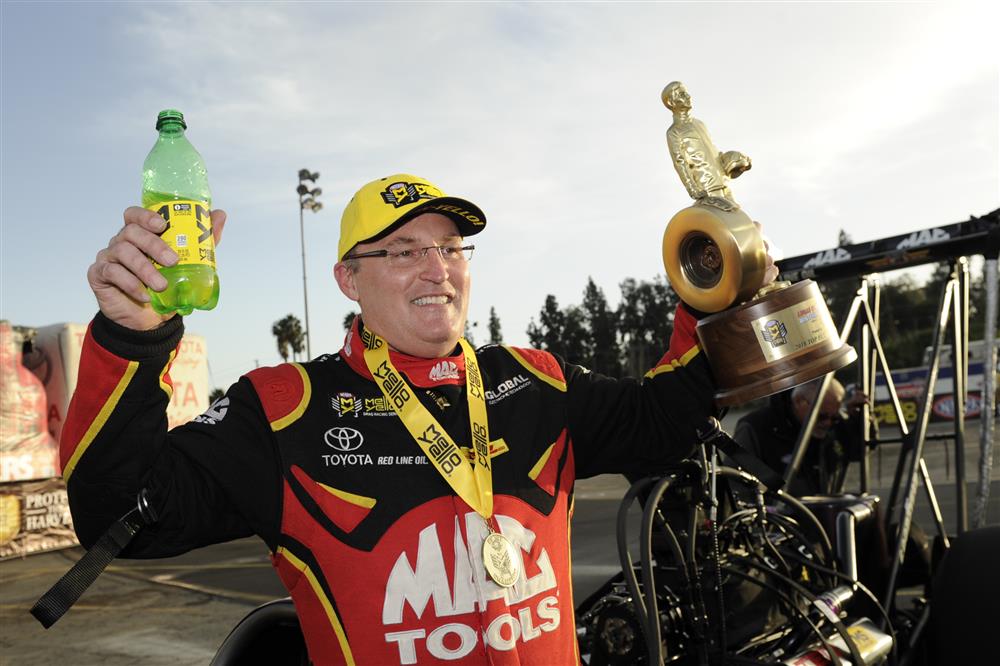 “To get the first win of the season and get that monkey off your back is huge. It was kind of a lucky day,” said Kalitta. “Our Mac Tools Toyota dragster coasted across the finish line twice, but we were still getting the win light. It was one of those crazy days and we went through a lot of parts, but we got it done."

Red Line Oil is proud to have been part of helping Kalitta across the line this weekend and we’re looking forward to the next races in Phoenix from February 23rd to 25th. Kalitta now leads Tony Schumacher in the standings by 17 points, setting up an exciting season in NHRA Top Fuel.